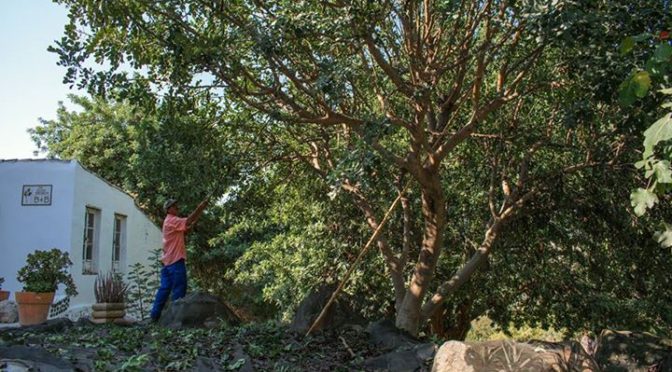 Carob Harvesting……..
The Carob or “Algarrobo” tree is a species of flowering evergreen tree and is widely cultivated for its edible beans or as an ornamental tree and adorn the OB gardens.
It is native to the Mediterranean region, North Africa, the Middle East and even as far as Iran. The beans take a year to ripen and are usually ready in September or October.
The Algarrobo pods were formerly used mainly as animal fodder, especially to feed donkeys but horses (and Nala & Batata) love them too.
The pods were an important source of sugar before sugarcane and sugar beets became widely available. Nowadays, they are used in various countries to make syrups, added to cakes and as a chocolate substitute.
If you chew on the pod itself, not the seeds, then you will find that it really does taste like chocolate. #struthadventures #theolivebranchelchorro