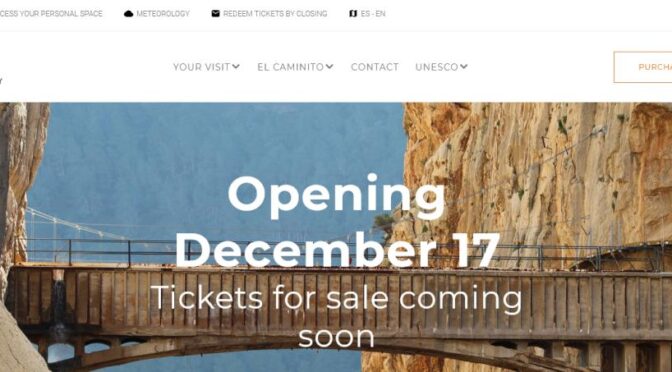 Well, it looks like all the red tape and legal problems have finally been ironed out after a couple of months of uncertainty and the Caminito del Rey reopens 17 December 2021.

The lack of available information recently from any official sources has been a failure, in my opinion, as a simple statement posted on social feeds and a recorded message at the phone number would have sufficed to inform people as to the situation. https://www.caminodelrey.es/tickets-for-the-caminito-del-rey-in-december-yes-or-no/

Over the last couple of days the official website has had a bit of a makeover (and I expect to see more changes over the coming weeks). It is available in Spanish and English and also has added a “Subscribe to the Telegram channel” link at the bottom of all pages. (Telegram is a messaging app with over 500 million monthly active users and is one of the 10 most downloaded apps in the world). This will, presumably, be used to send important messages (such as closures due to bad weather) to subscribers alongside the main social network accounts of twitter and facebook.

The official website is a bit more cleaner looking now and at the top left you can register an account whilst at the top right you will see the link to book a ticket. (Registration of an account is now an obligatory part of booking a ticket).

All the original information and articles seem to be there, its just organised in a different way without left or right columns presumably with the intention of making it easier to navigate on a mobile phone.

The official website for booking tickets is here: https://www.caminitodelrey.info/

Plans are also being drawn up to finally open the visitor centre and huge car park that are at present in a terrible abandoned state and most probably the main reason that the people previously running the Caminito del Rey lost the contract to the new company. These two sites have been promised to open as soon as possible and will become the main area for information, buying tickets at the gate and parking for cars, coaches and buses. This in turn will take some traffic away from the kiosko/kings chair area which has become very congested and dangerous for pedestrians.

The updated instructions to get a ticket can be found here: https://www.caminodelrey.es/the-booking-portal-for-the-caminito-del-rey-how-to-buy-an-entrance-ticket/

If all else fails and you can’t get a ticket for the dates that you want from the official reservation system then try Get Your Guide: https://www.caminodelrey.es/get-your-guide-for-the-caminito-del-rey/

The best way to see all our web projects in one place is over at the Grazalema Guide.

The Grazalema Guide – Tourist Information Portal for the Sierra de Grazalema, Wildside Holidays, The town of Ronda and the Caminito del Rey. 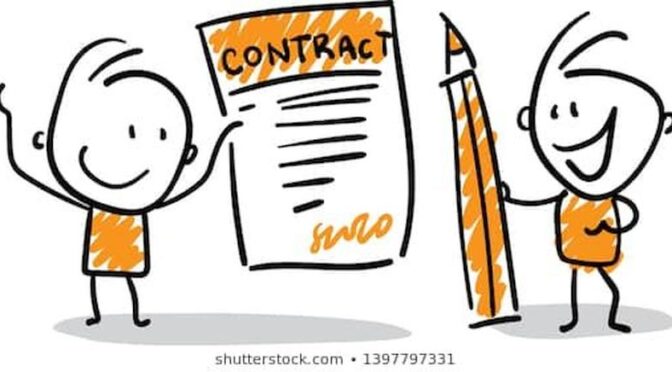 UPDATE: 11/12/2021… All being well, the Caminito del Rey will re open on the 17th of December. Various guiding companies are taking bookings from that date onwards. (Tickets are not yet available on the official reservation online system) You can see avalable guiding companies here: https://www.caminodelrey.es/get-your-guide-for-the-caminito-del-rey/

Finally, it seems there has been a solution to the conflict between the current company (Hermanos Campano-Bobastro 2000) and the new company (Sando, Salzillo Servicios Integrales and Mundo Management).

I have written previouslty about the terrible state of the parking and visitor centre that is all but abandoned so it comes as no surprise (to me at least) that the contract was awarded to a new company.

Sando was the construction company that rebuilt the famous walkway and even ran the site quite efficiently for the first few months after opening to the public. Now they have partnered with two other companies, one that specialise in paperwork etc and the other, Mundo Management, is a market leader in ticket management and concerts.

So, last week at the monthly Malaga city council meeting, the appeal by Hermanos Campo was rejected and the project was officially awarded to Sando and co. Just waiting, apparently, for the contracts to be signed!

So will the Caminito del Rey start selling tickets for December 2022?

Who knows to be honest, the official facebook page for the Camito del Rey has deleted all the posts and comments back to the 7th of November. The official twitter account is tweeting useless tweets of “advice” and not answering any questions especially about tickets for December. It all seems a bit cloak and dagger to be honest 🙂

One has to assume that after signing the contract there will have to be some time for transition to a new staff system etc or maybe they will keep on all existing staff for the time being and open the Caminito del Rey for the month of December. I am looking forward to seeing the visitor centre open and, I guess, this was one of the important factors in the project of Sando and co.

One thing is sure, as soon as I find out that tickets are available I will let you all know and publish it here and across my social networks…. 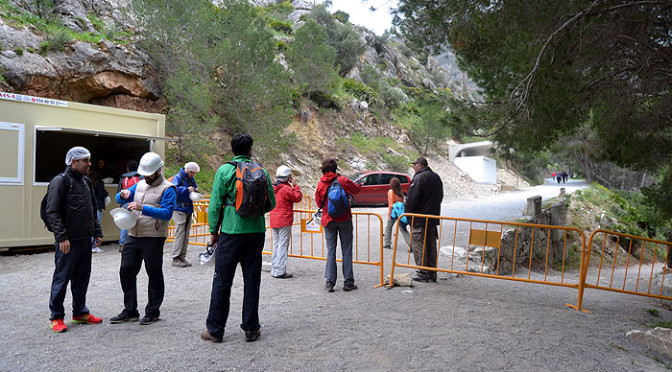 If the reservation system is full and you don’t want to use the suggestions further down this page, have a look at these links for guided visits to the Caminito del Rey from Get Your Guide. This is an excellent option for larger groups.

Firstly, stay in a local hotel such as the Posada del Conde or the Garganta Complex. These are the two hotels nearest to the walk that can get the tickets for you. (When you make the booking, make sure that you add a message to say that you are specifically booking because you want to walk the Caminito del Rey.) If the hotels are full then other hotels found on booking.com can help as well such as the fantastic Hotel Magdalena closer to Antequera.

Secondly,  Just turn up and buy your ticket at the gate. (10 euros each and you can pay by card as well as cash). THIS DOES NOT ALWAYS WORK BUT MANY PEOPLE HAVE COMMENTED THAT THEY WERE ALLOWED TO PAY AT THE GATE.

Latest comments are that there are just 50 tickets available at the gate and people are turning up to queue as early as 07:30 am!

Remember that the entrance for the Caminito del Rey is at the reservoirs/kings chair/el kiosko side… The north entrance. Right now you cannot start the walk from the El Chorro (south) side…

This is because there are a percentage of tickets (6% of the 1100 people allowed in daily.) When you can enter depends on how many people turn up for each allocated time slot. The maximum amount of people that enter every half an hour is 60 people so if you are there to buy your ticket at 11am and there are only 45 people checking in then you will be allowed to go along with that group… If there are 60 people you will have to wait for the next group in 30 minutes time.

Speaking with the manager there she told me that very rarely do people have to wait for more than an hour and on this day she had sold 120 entries at the gate and the people went in almost straight away but, she did say…”Try to get here as early as possible for the morning entries and weekends or holidays can be more complicated sometimes meaning people get turned away”

Even if you do have to wait a while, it really isn’t a hardship to sit and admire tha amazing scenery at the entrance to the Caminito del Rey! 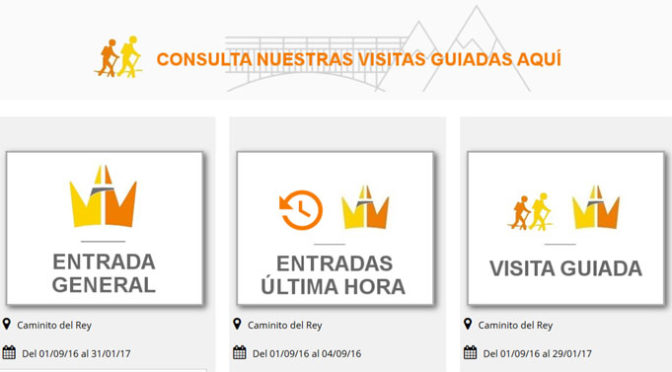 On Wednesday, October 20, 2021, the Caminito del Rey tickets will become available to buy on the online booking sysstem for the dates November 2nd to the 28th.

Be quick as tickets sell out really fast. Or, alternatively, take the hassle out of it and Get a Guided tour here: https://www.caminodelrey.es/get-your-guide-for-the-caminito-del-rey/

Looking for wildlife and walking holidays in Spain? Wildside Holidays is the answer with the best walking and wildlife companies, information about Natural Parks and where to find the true nature of Spain! 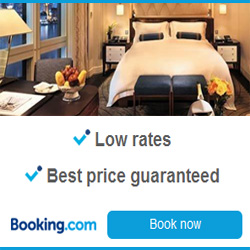