Here we have the best video yet about the restoration project of the Caminito del Rey. The footage of the helicopter flying so close to the walls of the canyon is impressive.

A big announcement today from the Malaga town hall with very little real and solid information. Sigh!  The most important news is as follows…

I actually prefer the “no news is good news” theory as this latest announcement has raised more questions than answers….  For example, this Easter holiday has two Mondays in it. Will the Camino del Rey be open for these days? 🙂

Some people just can’t wait till the official opening of the Caminito del Rey 🙂 … Although the quality of this video could be better it is fantastic to get a sneak preview as to what the shiny new Caminito del Rey looks like… That said the guy filming it was very lucky not to get in trouble and faced with a hefty fine for entering the prohibited area… I was there on Saturday and the police stopped me from going too close sigh! 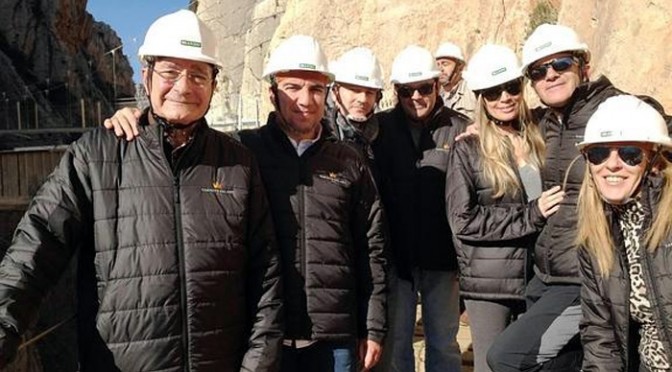